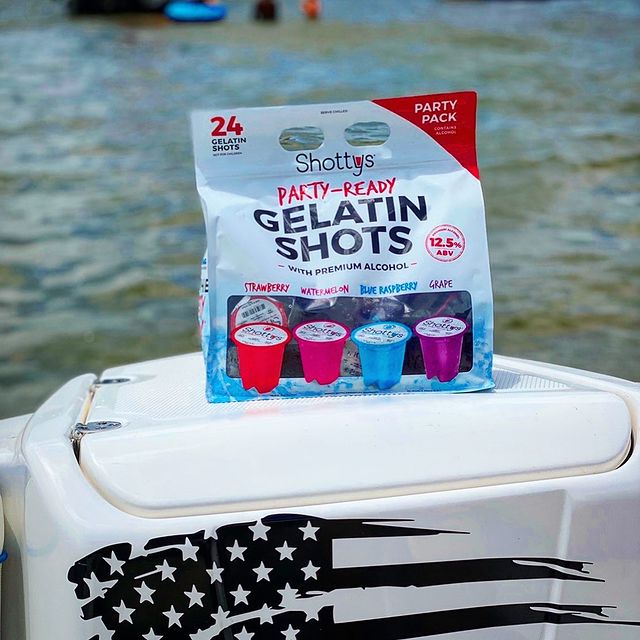 Posted at 17:08h in jelloshots by admin

Does your go-to party treat wiggle and jiggle while providing that much needed alcohol after a long week? These party staples, commonly known as jello shots, are tasty and so much more fun than your average drink! But do you know the history behind them?

Gelatin has been around for a really long time…since the 15th century! That doesn’t mean that Joan of Arc and Johannes Gutenburg enjoyed pounding gelatin shots though. You may be surprised to learn that the modern gelatin shot wasn’t invented until the 1950s! According to Mel Magazine, a man named Tom Lehrer created the gelatin shot we now know and love as a means of sneaking booze into a Christmas party on a military base (our kind of guy!). What’s even more surprising is that he was not, in fact, the first person to actually invent this delicious treat! What we now call jello shots date all the way back to 1862 when a recipe was recorded in the very first cocktail manual ever published. When Jerry Thomas wrote How to Mix Drinks, we doubt he knew his recipe would still be cool over 150 years later.

It wasn’t until the 1980s that the gelatin shot really began to rise to popularity alongside the likes of Michael Jackson and Madonna. Fortunately for everyone, hairstyles have changed since then! These deliciously wiggly shots began to take the party world by storm as they appeared on drink menus in bars and staples at 80’s house-parties, or as they called them then, parties. More and more people began ordering them as something different and fun, and they continued to gain popularity across the country.

Fast forward 40+ years and gelatin shots are still a party essential, whether you’re whipping them up  for a special occasion or on a Friday night just because. But what if we told you that you can have these delicious shots without any of the kitchen mess? Yep, that’s right. You don’t even have to make them anymore! Joan of Arc is likely celebrating in her grave… too soon? Shottys’ gelatin shots bring you all of the excitement and fun of gelatin shots without any of the planning and the prep. Each cooler bag (yes, they come in a cooler bag – just add ice and water!) contains 24 shots in 4 fun flavors.  The ingredients are natural – nothing fake about these babies!

Better yet, they’re gluten-free, made in America and perfect for your next party. Every shot is 25 proof (12.5% alcohol by volume) so you won’t have to worry about your friend who has a heavy pour. The shot cups are recyclable and BPA free, so you can enjoy the party without worrying about destroying the planet. Take the time and prep out of party planning – enjoy Shottys‘ shots at your next party or special occasion and get ready to be the party hero®!

Sorry, the comment form is closed at this time.